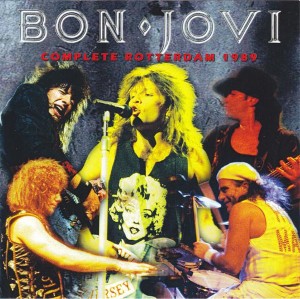 Friday 9 December
The soundtrack for today is:

Not just a show that was marked as “Legendary”, as recent as this year when hAnD90 made a new remaster of it;
Bon Jovi | Legendary Concert at Sportpaleis van Ahoy | Rotterdam 1989

But also a show that has brought forth two songs labeled as “best performance”, on record.
Meaning two single-song YouTube videos that have the acclaim in the actual title:
Bon Jovi – Born To Be My Baby (Rotterdam 1989) The Best Performance
Bon Jovi | Blood On Blood | Best Performance | Rotterdam 1989

And I would personally like to nominate another song, for highest acclaim;
The acoustic, “Unplugged” style, rendition of Never Say Goodbye at 1:10:10.

But what has made Rotterdam 1989 legendary is actually not even the performance. Or “not just” the performance, because that was actually standard at that time!
As hAnD90 notes in his 2022 remaster, Rotterdam being of average quality for the time; “just highlights how insanely good they ignored the exhaustion to put on a stunning rock show!”
Night after night.
In December 1989 the tour was in its 16th month.

No, the reason Rotterdam 1989 stood out was because bootlegs of that show surfaced almost right away, and both video and audio are available.
At a much later phase, the soundboard recordings were also released. These are usually incomplete, edited and enhanced recordings the band made, and intended for a live album.

At 16:30 you can first hear Jon greet Rotterdam, and thank them for selling it out for the second time within a year.
“Who’d ever thought we’d be back so soon.”
The New Jersey Syndicate Tour had played Rotterdam November 1988 as well.

And after greeting the Rotterdam audience, Jon informs them they are recording this for a live album.
And it is those recordings, that have surfaced I think in the 21st century, that are called Soundboard recordings and in general they are preferred over bootlegs.

Rotterdam has got both;
Solid 20th century bootlegs, multiple audio ones as well as a video.
And Rotterdam has 80% available in Soundboard recordings as well.

This is the reason Rotterdam 1989 has become a legendary and well-known performance.

I remember placing a last minute advertisement for a ticket, in 1989. And facing what would much later be called a “negative Graigslist experience”!
😅
I don’t even remember the details, just that I ended up not getting a ticket  at all, because the first person calling was someone who just wanted to fool a little girl.
Or who wanted a girl or woman talking to him, something he was in all likeliness not getting very far with in real life. Depending on how favorable you are prepared to look at the prankster.
Result is the same: I didn’t get a ticket.

But there were more reasons than just one, that I did not make it. Did not succeed, where one year prior I had.
Just that I didn’t fully understand them yet.
But I did notice that after not getting the ticket I felt relief, not disappointment. I was happy that I did not have to go through trying to get a ride, and where to sleep, and all that.
And underneath that dread of the hassle, was something deeper, lurking. And that something was that I had stopped caring.
Or to be more precise, I had shut myself off from caring.

And for exactly the same reasons that if Guns N’ Roses would tour Europe again, just like this year;
Or even if Bon Jovi would tour in 2023 or 2024, just like in 2019;
There is a chance I will do a half-assed attempt to get a ticket – half-assed not compared to the 2019 and 2021 shows, but compared to the amount of commitment, savviness and willingness to pay, Ticketmaster’s dynamic pricing system requires to get exactly the same result – only to be relieved when I don’t get it.

For the same reason as in 1989; Because I stopped caring.
Because I had to, stop caring.
You can’t shut your emotions off for one person, protect your heart because it was so brutally hurt the only thing bringing relief is to just shut it down, without paying the price of not giving a flying fuck about all the things you used to move heaven and earth for.

Between the concert in November 1988 and December 1989, my heart was broken by a boyfriend, and Bon Jovi had been our love language.
Although I had not known him until after the concert, and had been a Bon Jovi fan for years without him;
The moment he left, I could not listen to Bon Jovi without thinking of him.

And then I didn’t pick up being a Bon Jovi fan until basically 30 years after the break up, when Bon Jovi was to play Nijmegen, where I was then living.
I bought all the albums I had missed, and wrote a book A Boyfriend Like Jon Bongiovi.
And I am more than grateful to that boyfriend. He may have broken my heart, but thanks to him I moved to Guns N’ Roses in 1989, who make a much smoother match to my antagonistic character, than Bon Jovi ever will.

And now it’s 2022, and I’m a fan of both Bon Jovi and Guns N’ Roses. And a master at my relationships with men.
The times they left and my whole music library became useless, is definitely behind me.

Sadly though, this mastership over romantic relationship has proved to be of little to no use in friendships, family relations and business relationships.
I understand why I have not been good at those relationships, or at least nowhere near as good as with romantic ones. But that understanding has not made it less frustrating every time they implode or explode.
Every time I lose one of those, is incredibly frustrating because I know for a fact that I have it in me to rock it.
And yet I failed.

The loss I had in November was the saddest of them all. By far.
I have shut my heart off to the level I did when I was 16 and my boyfriend broke up with me, and that one took 30 years to let go.
I’m expecting this lockdown to be a permanent one, and so far not having given a fuck about anything for the past few weeks, has been a remarkable comfy ride.
It’s probably why I love Guns N’ Roses so much; I never feel I need to energetically clean up, before I’m worthy of their music.
Fuck you, is not just good enough for them.
Fuck you, is great.

So here I am, the woman who once loved.
To woman who once had a heart, and can feel it coming alive just a bit, when Richie Sambora opens Dead or Alive on a triple (!) neck guitar.
And Jon Bon Jovi sings his heart out for us, in the following Wanted Dead or Alive.
But for now, I can get that lid back on.

Rotterdam 1989 comes with a video. A decent one, I should add, because there are also videos that are shot from afar, and add limited value.
But this is a good one, and I didn’t give it enough attention. I only watched a few of the songs, but it was already enough to realize how much I was missing out on.
It was like every ten seconds something interesting happened.

One part was in Born To Be My Baby, where Jon is at the front of the stage singing directly at the audience and pushing his hips forward.
In Michael Jackson style, that was not uncommon at the time, he grabs his crotch singing:
“Buckle up baby, it’s a bumpy ride.”

And judging from that book I wrote, and my mastership in romance;
A bumpy ride that can ultimately, 30 years later, lead to your most legendary and best performance.

.
The show has been added to the playlist
“Bon Jovi concerts on this day”
https://www.youtube.com/playlist?list=PLiGoDE3C06ScAo9UN4GyhtQWYfl3d6jMT
at 6 December.

Sign up for this blog to receive the next story about a 20th century Bon Jovi concert.
The subscription button is somewhere on this page, probably on the top right. 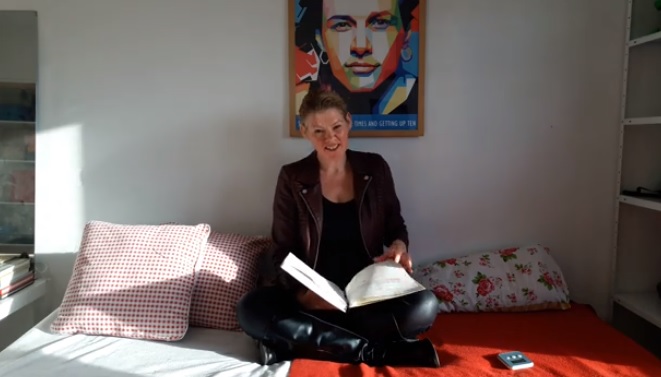 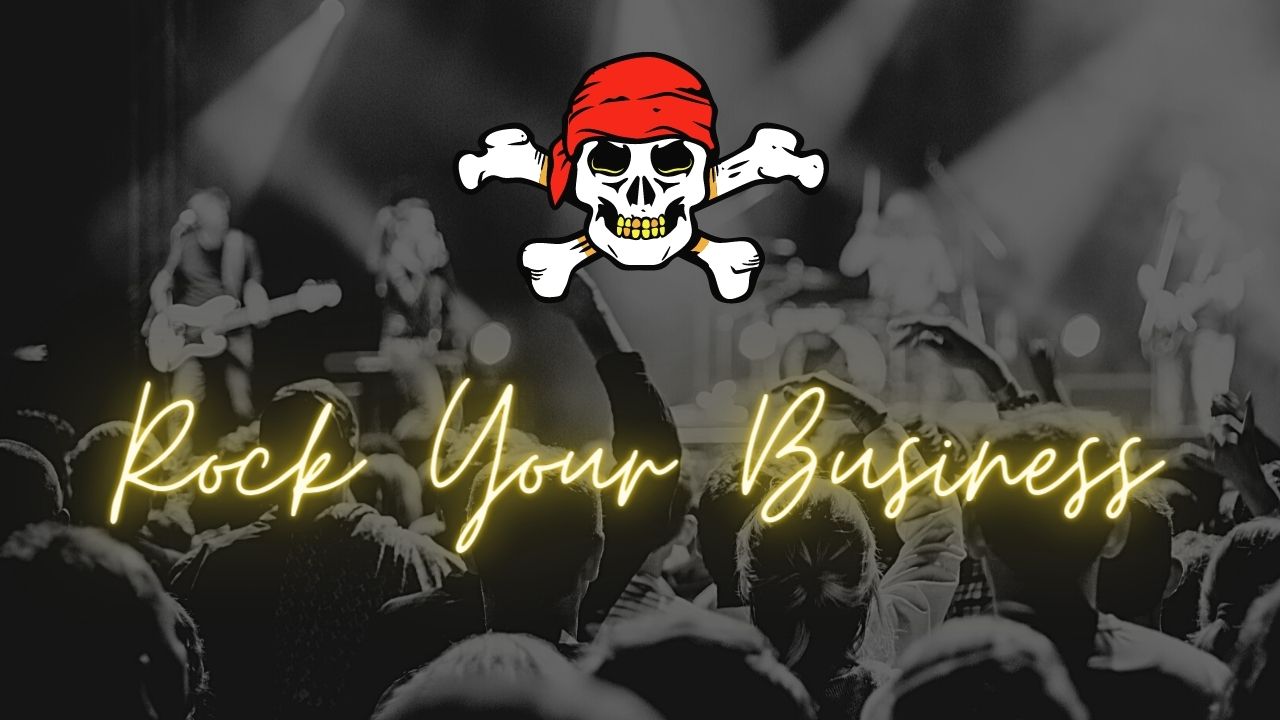